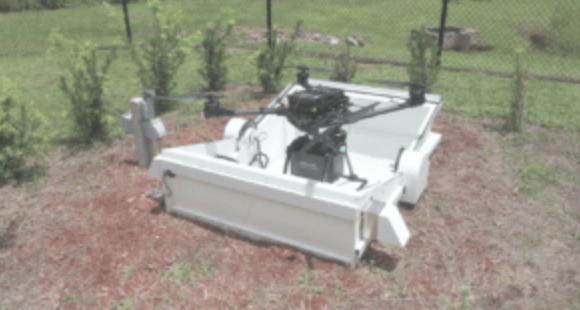 Manatee County, Florida may become the first local government entity in the country to use its emergency 9-1-1 system to dispatch the delivery of emergency medical supplies by drone for people suffering from heart attacks or other serious medical emergencies.

On September 15, the Manatee County Board of County Commissioners gave approval to a preliminary agreement between the county Public Safety Department and Orlando-based Archer First Response Systems, an affiliate of Archer UAS, which would install an unmanned aircraft system (UAS), comprising a drone capable of carrying a medical payload and a ground control hub, on county property.

Under the agreement, the county initially would lease the UAS from Archer for a one-year period for $1 per month. The bulk of the costs of operating the system will be borne by Florida Health Sciences Center’s Tampa General Hospital.

The county’s approval of the contract is the first step in a process to establish the 9-1-1 system dispatch of drones, within a small designated operating area close to the county’s EMS Lakewood Ranch Base in Bradenton. The Federal Aviation Administration still must approve Archer’s application for waiver to operate the autonomous drones in the county.

“Because this technology is so new, you have to have FAA approval for autonomous drone service,” Jake Saur, Manatee County public safety director, said at the county board meeting where the vote was taken. “A lot of stars need to be aligned for this type of pilot program to get into operation.”

Under the contract with the county, the Archer UAS would fly a FreeFly Systems Alta X drone, equipped with a medical payload, capable of safely transporting and depositing medical equipment to pre-determined delivery locations. The UAV would use LTE networks to enable Archer to provide 24/7 monitoring and proactive maintenance and allow deployment by the county’s emergency communications center.

The system will also feature ground-control hub, which would be located on a pre-selected site at the county’s EMS base, inside an area enclosed either by fencing and/or shrubbery.

Inside the medical payload drop box, the drone will carry an automated external defibrillator (AED) and other medical equipment, including Narcan, a drug used to treat opium overdoses, and a tourniquet.

Under the propose 9-1-1 drone dispatch system, county 9-1-1- dispatchers will have the ultimate discretion to determine when to activate the Archer system in a medical emergency. Archer agreed to uniquely tailor the system to the coverage area designated by the county, an area comprising a region within a five-minute drone flight from the drone’s home base. The company said it would survey the target coverage area and establish unobstructed coordinates for its medical payload deliveries.

When the dispatcher activates the system, it will analyze the location of the medical emergency to determine the delivery coordinate closest to the victim.

Dispatchers will instruct the 9-1-1 caller on the use of the AED and other medical equipment delivered by the drone, while the caller awaits the arrival of an EMS ambulance, which will be dispatched at the same time as the UAV.

“This is the future of public safety,” Saur said. “If it’s approved by the FAA and we could develop this, the entire nation would be looking at the program.”

The drone 9-1-1 response project is the product of a partnership program being developed by Archer First Response Systems and Tampa General Hospital, the development team said in a statement.

“This one-of-a-kind pilot program is the latest cutting-edge program Manatee County has undertaken to improve public safety and our ability to respond to the public in an efficient and timely way.” With the approval of the County Commission, the project achieved an important milestone “and we’ll now look to the FAA for an additional round of review and approvals,” the team said.

The FreeFly System’s Alta X will feature four motors with 17,760 W of motor maximum continuous power, carbon fiber-reinforced nylon propellers and two 12S Lipo batteries with peak voltage of 50.4V. The UAS’s maximum gross takeoff weight is 34.9 kg (about 77 pounds) although Archer said its drones would be operating at significantly under this weight. The maximum payload for the drones will be 15.9 kg (35 pounds).

Under its agreement with the county, prior to the system going on line, Archer will conduct live simulations of UAV flights, in response to actual calls to the county’s 9-1-1 response system. “Archer will complete enough live simulation UAV flights to provide statistically valid conclusions that use of the Archer system equipment will be able to save lives that otherwise would not have been saved,” the contract states.

In addition, Archer agreed to provide multiple periodic training classes for county personnel and at a minimum provide training within two weeks of the system going live.

According to its website, Archer UAS “seeks to improve public health and safety by reimagining how we address time-sensitive medical emergencies and developing groundbreaking technologies that will have a profound effect on our communities.”

Founded in 2013, by UAS enthusiast Gordon Folkes, the company developed the Archer First Response Systems (AFRS), as a 9-1-1 integrated technology. “The intellectual property created for AFRS to take flight gave way to an entire line of vehicle housing units, flight and fleet-management software, mapping, geographic information systems and other technologies.”