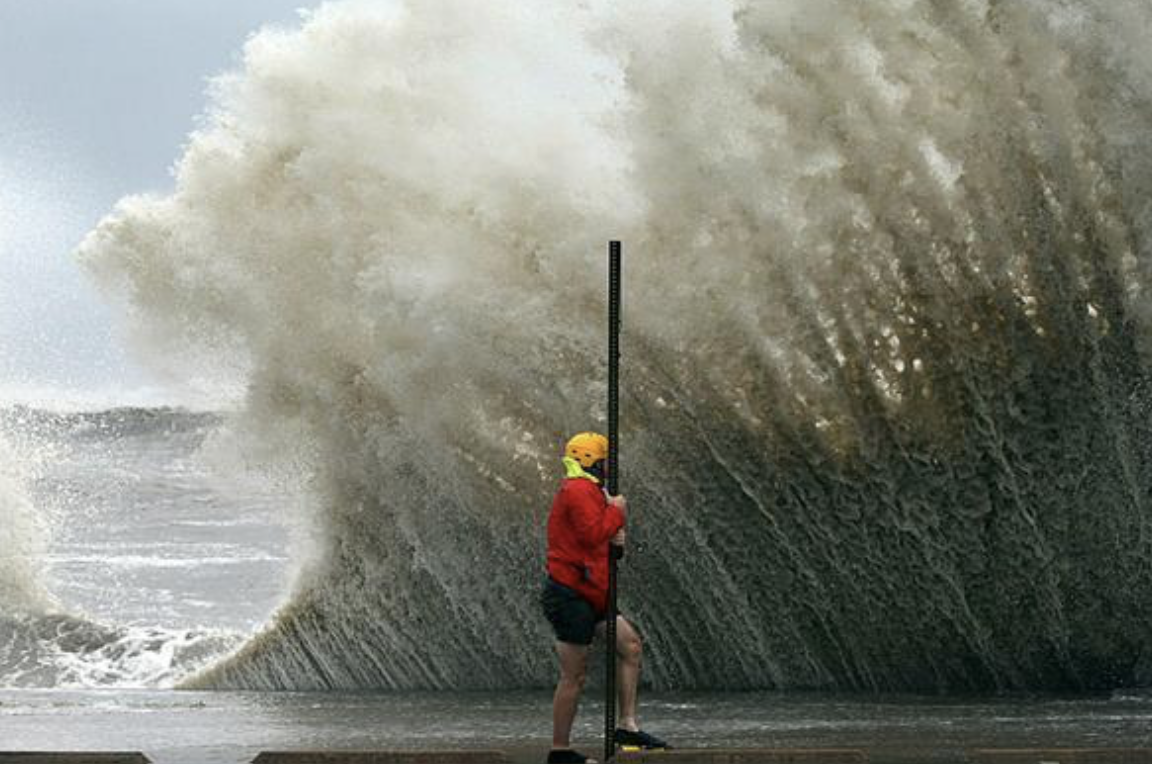 When you think of drones and filmmaking, many minds go straight to Hollywood where drones are used to capture aerial perspectives and create dramatic scenes for movies and television. However, we recently came across an unexpected use of drones in the realm of filmmaking: extreme storm chasing.

Storm chaser and extreme weather documenter Jim Edds shares with us how he uses drones to document some of the most dangerous weather across the world, from hurricanes to typhoons to active volcanoes.

There are many obstacles to using drones to document storms and natural events. High-speed winds, wet weather conditions, and flight restrictions at natural disaster sites all pose limitations on the use of drones by storm chasers. There’s also the real factor of danger to one’s life to consider. Despite what seem like dangerous odds, Jim has documented over 55 extreme storms in over 11 countries. His footage has been featured by National Geographic, The Weather Channel, The Travel Channel, and dozens of other news and media outlets. He’s also the author of Hurricane Journey – Life in the Danger Zone.

Read on to see how Jim’s journey in storm chasing first began and how drones have changed the way he documents storms.

How did you get started documenting storms?

I worked for eight years as a chemist. Right before my senior year of college, I was run over by a boat while out spearfishing in Alabama. So, that set me back a year at school, but I still graduated. After that I had to work to pay off all the resulting medical bills. Then, after eight years, I got tired of working as a chemist. I wanted to pursue a different lifestyle.

I had gone down to the Florida Keys and I said, “Man, it’d be great if you could find a job to do, work down here, and live this good life.” So, I figured out a way to get down to the Florida Keys by working for the Department of Environmental Regulation. And then, of course, the day job was no fun, but at least I was living in the Keys. Oh, the diving was good in the Keys. I soon began photographing the underwater marine environment. I also enrolled in a home study photography course with the New York Institute of Photography. That course was key to my future success as a working Pro.

Then you found your niche in extreme storm chasing. How did that come along?

I had a friend who was into storm chasing, and at the time I didn’t really know how big he was. He’s passed away now, but his name was Jim Leonard, and any storm chaser knows who Jim Leonard was. The most gifted guy I ever saw. He could look at a cloud and say if a waterspout was going to drop out of it.

In 1998, I chased my first Hurricane—Category II “Georges” in Key West, Florida. I had kept up with Jim over the years trying to break out of the day job that was now old and mundane. He took me down to Key West early that morning as power transformers exploded along the route and showed me the storm chaser “ropes” – stuff like where to park your car, how to figure out where the eye is by watching the wind shift, what is going to fly in the air, and not to leave your food at home! After watching 110 mph winds blow through Key West I was hooked.

What type of technology did you use when you first started chasing storms in the 1990s?

In 1995, Sony came out with a digital camcorder. I think they called it the VX1000. That changed everything because no longer did you have to make a dupe. You had an electronic, a digital copy that was just as good as the original. I bought my first digital camcorder – a Sony TRV-900 in 1999. That’s how I took my video.

Has the progression of technology changed the way you work?

Absolutely. When drones came out I said, “I have to add that.” So, I got the Part 107 remote pilot certificate to fly a drone commercially.

I recently got the new Mavic 2 Pro. It’s easier to travel with than the Phantom 4. When you go overseas, it’s tough lugging a lot of stuff with you. With the Phantom 4, I have to pack it in a separate case and it gets beat up in customs, but the Mavic 2 Pro I can just carry in my backpack.

You try to stay light. And it’s more fun, too, because there’s nothing like, “Hold on, I got one more suitcase.” These kids with backpacks, they got the right idea. That’s how you do it.

How do you implement drones in your work?

There’s a small window after the hurricane when you can film with a drone. You have two things working against you: how much daylight is left and the temporary flight restriction (TFR). You know the TFR is coming, but thank God that the government is slow with the TFR. Usually, you get a day before the TFR shows up. But when the other manned aircraft start flying, then that shuts you down, too. So, there’s just a small window.

With Hurricane Michael over Mexico Beach (2018), there was a small window in that low light when the sun peeked out. Then there was a spectacular sunset, the calm after the storm. A lot of folks flew up then on Part 107, maybe even some that weren’t. But they flew over Mexico Beach and that footage immediately got on the news. Everybody wanted a piece of that. I think it’s kind of a rush to see who can get their drone footage out first.

In your field and in working with storms, what type of drone technology would you like to see?

I’d like to see a consumer drone that is waterproof, and I’d like to see something that could stand up in 40 – 50 mile an hour winds. I think that’d be great.

How do you predict drones will impact the weather and meteorology field in the future?

So in the weather business, it’s all about collecting data. With enough data, you could predict when these storms are going to intensify, how much they will, at what rate, and get a better idea of where they’re going to go. But you have to sample the whole environment. Well, NASA has developmental drone called the Northrop Grumman Global Hawk for this type of data collection. The Global Hawk will fly up to an altitude of 60,000 feet, and it will spit these things out, little mini weather stations called drop signs, that sample the air all the way down to the surface.

With that data we have a better idea of where the storms are going to go. It’s about collecting the thousands and thousands of bits of information that are changing. And the only way you’re going to get the data is to sample the environment. Drones can do that.