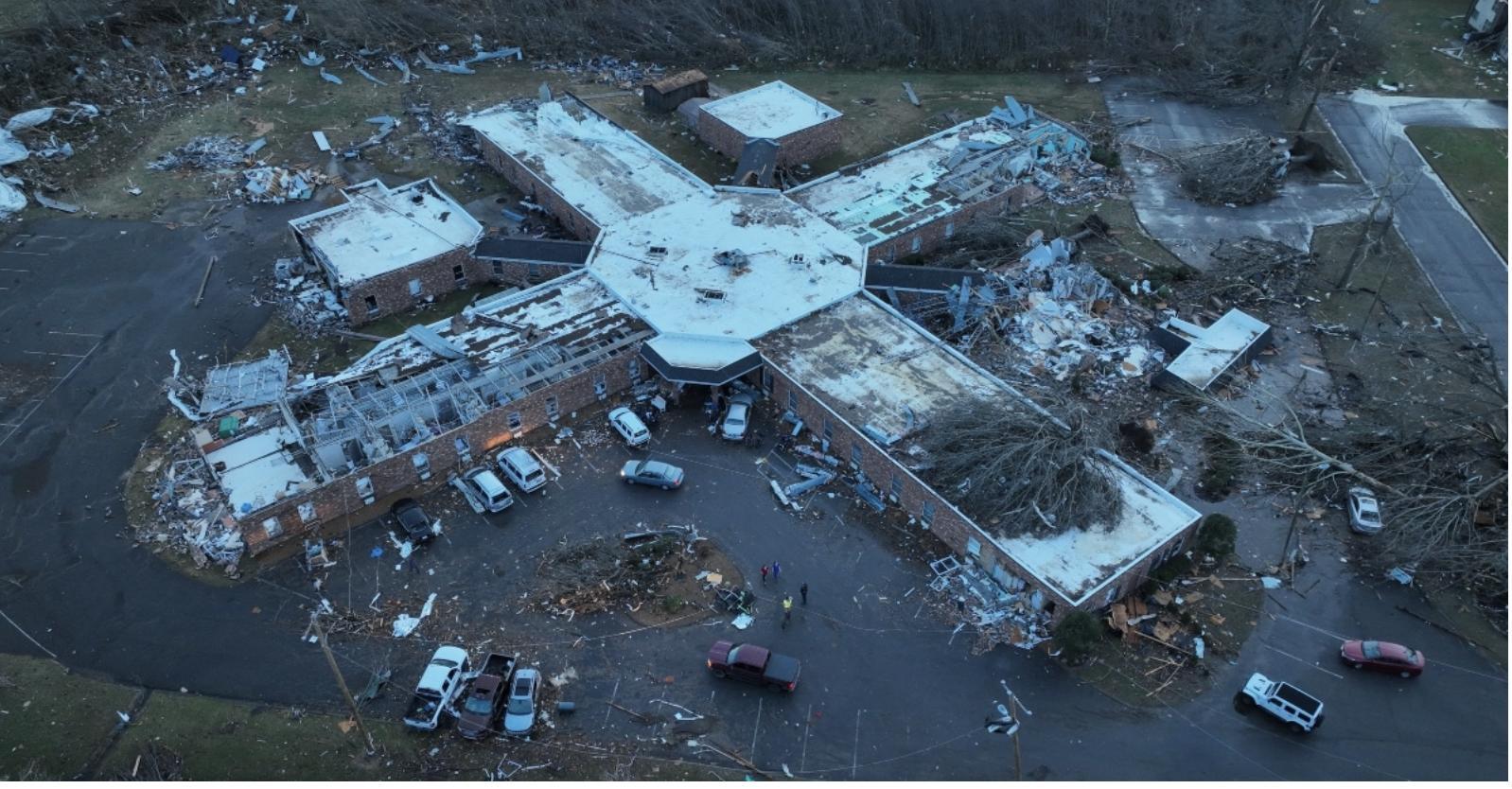 The storm began on Friday night and continued into Saturday morning. The number of tornadoes was at least 30, sweeping primarily across northeast Arkansas, southeast Missouri, western Kentucky, and northwest Tennessee.

This was one of the biggest, most destructive storms we’ve seen in the last 100 years. Meteorologists are investigating what may have caused it, with some expressing concern that rare storms like these may become more common as the weather continues to grow warmer.

The scale of damage caused by this storm is hard to fathom.

It’s estimated that over 100 people died as a result of the storm, with Kentucky by far the hardest hit. 74 people have been confirmed dead in the state and, of the approximately 250 miles that the tornadoes covered, about 200 of those miles were in Kentucky.

In the town of Mayfield, Kentucky, a local commercial drone pilot quickly put his drone in the air on Saturday morning to survey the scene. The pilot’s name is Whitney Westerfield, and he’s also a state senator.

Mayfield was one of the towns hardest hit by the tornadoes. Mayfield is where a candle factory was destroyed while people were still at work late at night, and where so many homes were destroyed that Kathy Stewart O’Nan, the town’s mayor said, “it looks like a bomb has gone on off here.”

These drone images captured by Westerfield convey the scale of the damage:

HOW DRONES HELP AFTER NATURAL DISASTERS

Following a disaster like this, drones can be used in a number of ways to help with relief and recovery efforts.

Here are the five of the most common uses for drones after a disaster:

1. Finding People in Need of Help

At this point, most of us have read about how law enforcement uses thermal drones to find missing people at night. In those instances, the missing person is usually someone quite old who has lost their way at night, or someone who has been ejected from a car following an accident.

But drones equipped with thermal and visual sensors are also used to help find people after a natural disaster, such as a tornado—or even a massive landslide. Earlier this year, the biggest drone operation ever conducted in Europe took place as part of a massive rescue effort following a huge landslide in Norway.

Drones can help city administrators understand the extent of the damage following a major event like a tornado, flood, or earthquake. Aerial footage can be invaluable for shaping the understanding of the scope of damage, which can in turn inform decision-making efforts on the ground. 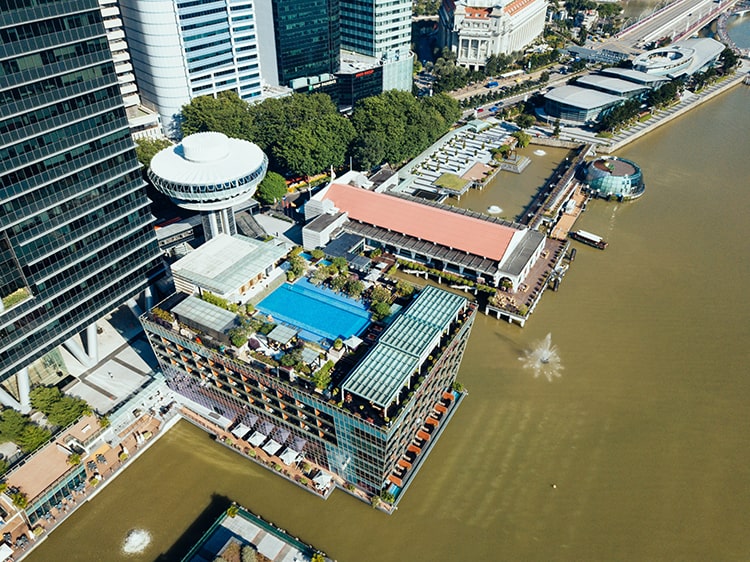 3. Making determinations about where to focus resources

After a disaster it can be hard to know where to focus first. Drone surveys of damaged areas can help those working to address the damage and find victims, in order to decide how best to triage their efforts.

4. Delivering medical and other critical supplies

Emergency responders, fire fighters, and law enforcement can all benefit from using drones for quick deliveries following natural disasters. SGI waivers can be used to obtain permission for operations normally prohibited by the Part 107 rules, like flying BVLOS (Beyond Visual Line of Sight) in order to make emergency drone deliveries.

I think that the fire service is really at the forefront in package delivery. During [the] 2015 flood, we used drones to deliver body bags, AEDs, and a host of other equipment that our drones were capable of carrying.

Also, making drone deliveries within the pilot’s line of sight can be a helpful way to support emergency operations that doesn’t require special permission from the FAA.

Cell towers can be damaged by hurricanes and other severe weather, knocking out cell phone capabilities in an area. This lack of communication can compound the issues people face after a disaster, isolating them further from the resources they might need.

But companies like AT&T are using drones to get cell services back up and running quickly after disasters. 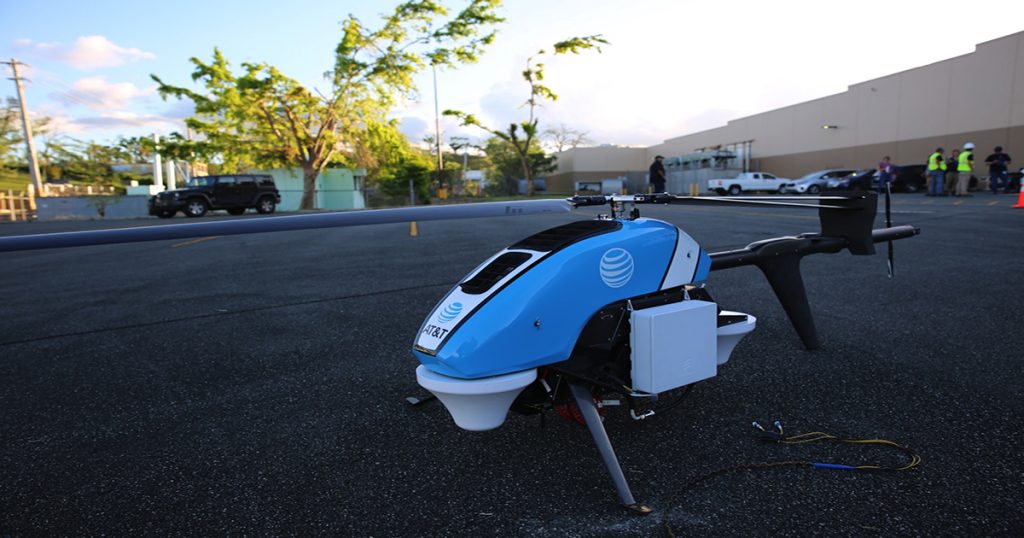 Learn more about how drones are being used for good throughout the world.