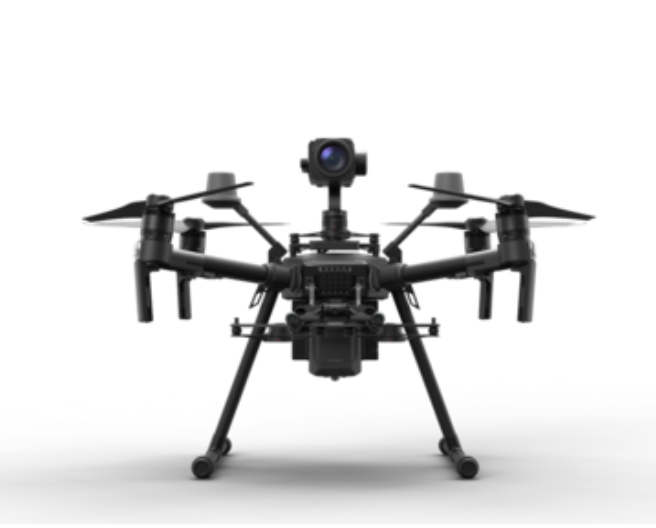 (A DRONELIFE Editorial.) A recent headline from the Brookings Institute is a stunning example of the drone industry’s public perception problem. Death from above: How criminal organizations’ use of drones threatens Americans is actually an article about the growing opioid crisis: but the authors places the blame for our current problems first on COVID, then on fentanyl, next on a breakdown in international relations – finally landing on drones as the biggest threat that our nation faces from across the border.

“Relatively small, drone-delivered, synthetic opioid cargo can mean the deaths of hundreds, perhaps thousands,” says the article.  “And swarmed drone-deliveries en masse could simply be devastating.”  (Note: “Swarmed drone deliveries” are merely a potential – they have not actually happened.)

The point that the article wishes to make – that counter UAS technology should be part of border security – is perfectly reasonable.  (The author’s suggestion that drones be banned entirely along the border less so, but I will not argue that policy in this editorial.)  Blaming drones for crime rather than blaming criminals for crime is the real problem with this article: it not only creates a public perception issue for the drone industry that will negatively impact many of the life-saving and positive uses for commercial drones, it does nothing to attack the root of drug smuggling, violence, terrorism, or any other complex societal issue.

As the editor of DRONELIFE, I am not unaware of the many ways in which drones are used illegally.  Please, don’t feel obligated to send me emails to inform me of the nefarious or even just annoying uses 0f drones – I receive many of those already.  I am not saying that drone technology is all good, all the time: I’m saying that drones are a neutral tool that can be used for a wide variety of purposes.  The operator, not the drone, determines how the drone is used.

Laws should be focused on the crime, not the method: to focus on the method merely encourages creativity and creates a myriad of unintended consequences for legitimate drone operators.  Drug trafficking, difficult international relationships with bordering countries, and the opioid crisis existed long before drones became commonly available.  Each new method of smuggling that criminals come up with has proven to be merely a Hydra’s head: for every one you cut off, another two heads grow.  Eliminate drones entirely and criminals will still carry drugs into the country, finding new ways as quickly as old ones are eliminated.

Why Blaming Drones for Crime is Bad for Communities

Shifting enforcement focus to one single technology is not particularly useful – and the collateral damage is significant.  It isn’t just the drone industry that will suffer if this type of characterization of drones as “bad” or “criminal” persists.  The reason that we at DRONELIFE feel so strongly about it is because we are true believers that drone technology may prove in some cases to be critically important to benefit the majority in a community. Drone delivery for senior communities during the pandemic proved that it could really protect vulnerable people, allowing them to get supplies without having to be exposed to the virus.  Drone technology can materially help get the power on faster when a grid goes down.  Drone technology can protect people from having to climb cranes, repel down communications towers, or go out to oil and gas rigs as frequently.  Law enforcement needs drone technology to protect their officers and their communities; firefighters need drones to limit the devastation of wildfires and save lives.  Urban air mobility and passenger drones are on the way, which may be able to transform city environments.  In places where security is an important consideration, such as along our borders, drones have proven incredibly effective as a surveillance tool.

There are so many life saving ways that drones can be used, and so many economic and societal benefits to using them, that it would be unconscionable to delay their implementation or prevent their use in wide areas of the country because of negative public perception and the risk that criminals may also begin to use them.  Certainly they will.  Criminals will use drones as they have used trucks, cars, boats, planes, and smartphones: that is a reality that we face.  Putting the focus on drones only distracts us from trying to solve the actual problem, and costs us a lot in meantime.