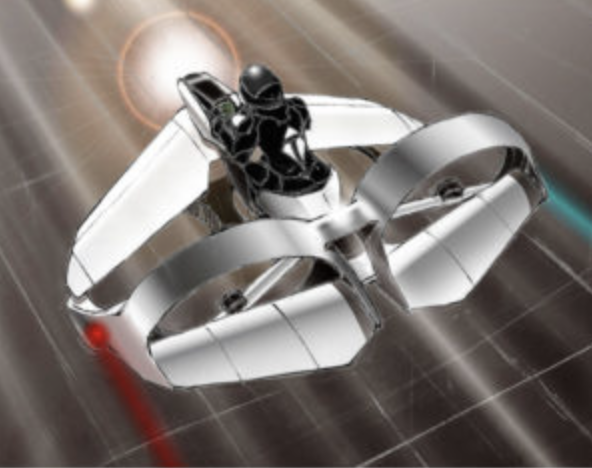 Japan’s team teTra, a group of aerospace professionals who came together to compete in the GoFly prize, has won the GoFly Final Flyoff for their personal flying machine design – but the big prize is still in the offing.

It may sound like a dream, but the GoFly Prize is a $2+ million USD, two-year competition to create “a personal flying device that can be safely used by anyone, anywhere,” says GoFly.  “With Boeing as its Grand Sponsor and Pratt & Whitney as its Corporate Sponsor, The GoFly Prize will provide teams with expertise, mentorship, prizes and global exposure as they compete to create the world’s first safe, ultra-compact, urban-compatible personal flying device.”

Now, the GoFly Prize has announced that teTra Aviation has won the $100,000 Disruptor Award at the GoFly Final Fly-Off held at Moffett Federal Airfield at NASA’s Ames Research Center – a successful conclusion to the team’s two years of research.  Nobody has yet won the $1 million Grand Prize – but GoFly says that award is coming in “the near future.”