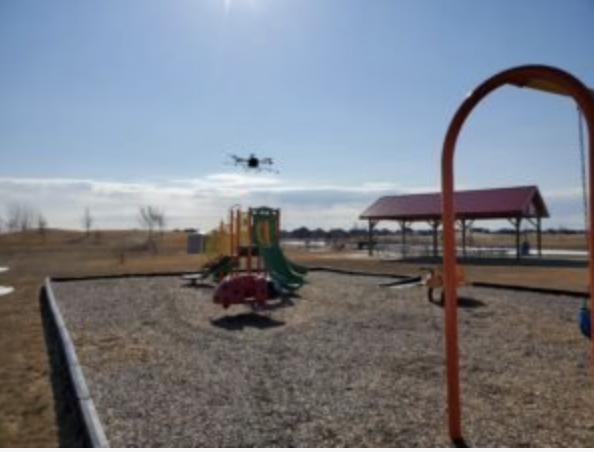 Working with top-rated drone firm SkySkopes, the Minot police and fire departments found two-year old Kevin Hochsprung in a nearby unoccupied, unlocked house several hours after the boy wandered away from home.

According to the Minot Daily News, Kevin slipped away from his mother after having breakfast with her on a Saturday morning. After receiving a call from the terror-stricken mother, the Minot Police Department called SkySkopes. The company deployed two drones within 20 minutes of the call.

Although search-and-rescue drones are becoming increasingly common within public-safety agencies, the team at SkySkopes faced the challenge of ensuring their aircraft and everything used by the pilots had been properly prepared to meet COVID-19 safety standards.

“I knew I could call on SkySkopes,” Police Chief John Klug said. “I was also aware that they had FAA waivers to conduct UAS operations over people with their aircraft.”

“Some of the drone imagery taken during the search clearly demonstrates the usefulness of search-and-rescue drones.” said Sebastian Gomez, SkySkopes’ Minot Operations Manager and Mission Commander. “We are known throughout the country as the operators to call for public response especially needing emergency urgency. That this occurred in our backyard highlights the value of our pilots to our communities. This is also why we are certified as ‘Essential Service Personnel’ in states hit even harder by the coronavirus.”

Dunlevy founded SkySkopes as a spinoff of a class he was teaching at the business college at the University of North Dakota in 2014, when Dunlevy saw the potential for drone service providers in the area – even prior to Part 107, when flying legally required a Section 333 Exemption from the FAA.  In 2015, SkySkopes became the first startup in North Dakota to receive permissions to fly commercially.

The company has offices in California, Texas, Minnesota, and North Dakota.