When Will We See Passenger Drones? 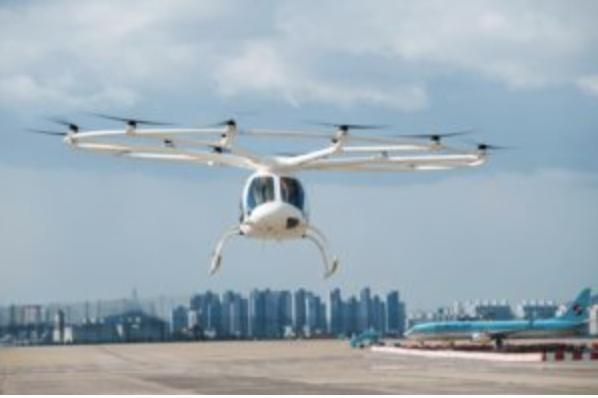 Volocopter CEO Florian Reuter took the floor at Amsterdam Drone Week, the EASA High Level Conference on Drones, to discuss bringing urban air mobility to life and to answer the big question: when will we see passenger drones take flight?

“We’re at the start of a transformation of the way that we live mobility,”says Reuter. “…The world will look very different 20, 30 years down the road.”

In 2011, Volocopter made it to the Guinness Book of World Records by proving that eVTOL passenger flight was possible – and 5 years later, they were able to fly a person in their passenger eVTOL, now called VoloCity.  Since then, they’ve done many test flights in cities around the world, something that Volocopter feels is a major part of its mission: showing people that automated eVTOL flight is real.

When Will We See Passenger Drones Take Flight?

The answer, says Reuter, is soon: the company has more than 1,000 test flights planned, all will full approval of local air authorities.  The VoloCity will be operated initially as a manned aircraft, but is designed to allow autonomous flight as regulations allow.  In addition, Volocopter plans to launch during the Paris Olympics in 2024.  “It’s a hugely ambitious goal,” says Reuter – but one that can be accomplished.  The eVTOL has a range of 35 km, but as Reuter points out, “35 km covers a megacity like Paris easily from end to end.”

After Paris, the company has more than 40 cities across the globe lined up for commercial launch.

In addition to the VoloCity eVTOL passenger drone, the company offers the VoloDrone; VoloConnect, and VoloIQ. The VoloDrone is a cargo drone that Retuer says has “the capability to transform urban logistics.”

“If we can build a human-carrying eVTOL, why not use the same technology to carry cargo?.. The VoloDrone is a direct derivative of the Volocopter technology.”

For intercity eVTOL Travel, Volocopter is developing the VoloConnect, which will carry more passengers, longer distances.

VoloIQ is underlining all of it – enabling safety, integration with other modes of transport, and support for autonomous flight that has the same level of safety as a piloted aircraft.  “VoloIQ is an integral part of our assets.”

“We want to offer a seamless end to end experience for our customers, and that requires many partners,” says Reuter.  “We are working with our partners to bring air mobility to life… we see such a high demand that we expect to be supply constrained for a long time to come.”