What Are the Most Popular Industries Aerial Drones Are Used In 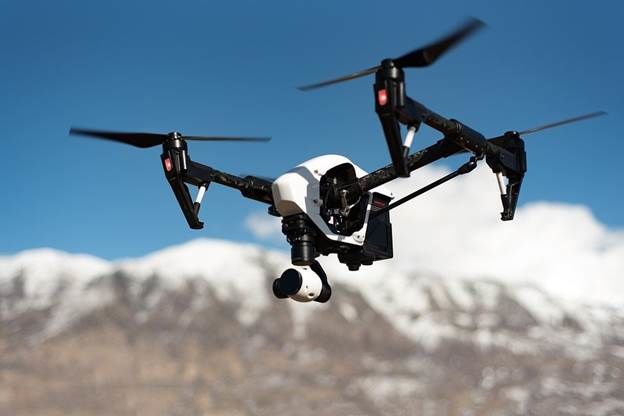 When drones were first developed, they appeared as an idea of science fiction movies. Later, they found a way into aerospace and military industries but things are quite different today. Aerial drones are used in a wide range of industries and have various commercial applications. This post looks at some of the most popular industries where aerial drones are used.

So let’s get started.

Photography and filmmaking are among the most popular industries aerial drones are used in. Aerial photography is not a new idea, however, unlike how it was done previously, drones have taken aerial photography to the next level.

Since drones can fly at low altitudes and are easy to operate, using drones for aerial photography allows you to capture high quality, beautiful images without missing the details. An increasing number of people are choosing aerial drone photography for capturing their personal or commercial special moments.

Aerial drones are a popular tool when it comes to the engineering industry. With the help of aerial drones, engineers can make the most precise and informed decisions as drones provide high-resolution, precise details of the site. Using these images, engineers can evaluate the terrain conditions. Moreover, they can also identify the best access points as well as highlight potential hazards.

With the use of drone technology and aerial imaging using drones, engineers can improve accuracy and precision and enhance overall productivity.

Oil and gas is another popular industry that relies on the use of aerial drones. By using aerial drones, engineers can effortlessly monitor oil rigs for safety, monitoring of oil leaks and gas emissions. Moreover, aerial drones can also help detect oil spills as well as identify hot spots and reduce the need for human intervention. Furthermore, aerial drones collect accurate and precise data and even factors trends and ideas that go unnoticed by the human eye. Hence with the use of an aerial drone, the oil and gas industry ends up saving hundreds and thousands of dollars that they would otherwise spend on improving and ensuring safety and maintenance.

So yes, there are several popular industries where aerial drones are used with aerial photography being top on the list. Whether you need aerial videos or drone photography for your business, or personal event, get in touch with us now.