Why are there strict laws are around commercial drones, and why do I need a license for one 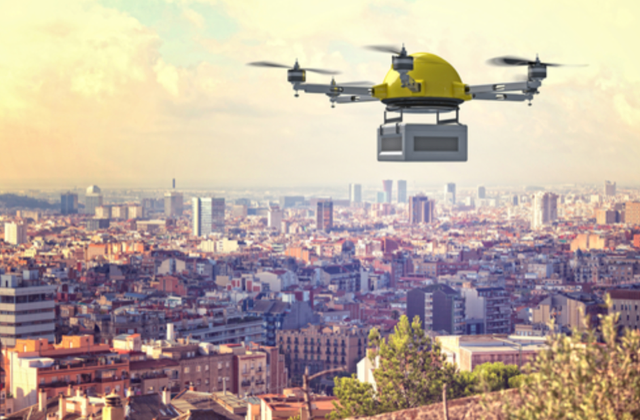 Unmanned aerial vehicles (or drones as we better know them) are the ultimate disruptive technology. We have all heard of the potential they have in commercial delivery applications. Amazon has already started testing small package deliveries, and Uber Eats is set to commence testing of food deliveries in San Diego shortly in a bid to reduce food delivery times significantly.

Even more exciting are the potential life-saving applications, such as the ability to be able to deliver life-saving medical supplies to people in remote areas significantly quicker than traditional delivery methods. Drones have the potential to be used by law enforcement in hostage situations and are already being used to examine infrastructure that is hundreds of metres off the ground. By replacing humans with drones in these applications, the potential for danger to human lives is dramatically reduced.

While we celebrate their ability to impact our lives positively, there is also a significant downside. Drones have become increasingly disruptive to people, buildings, and commercial aircraft. There have been many notable incidents that have left authorities concerned about the potential for drones to cause harm in the hands of unscrupulous and uninformed people. We are all aware of the incidents involving drones flying onto the lawn of The Whitehouse. While these were deemed as harmless incidents, the potential for drones to be misused by terrorists to assassinate a world leader is a genuine possibility.

Commercial flights have also been affected by drones. In the United Kingdom alone, there were 125 reported near misses with drones reported in 2018, which has increased by 34% from 2017. These figures are predicted to be much higher. However, the size of the drone means there will be occasions in which pilots do not see them and are unaware of the danger. Airports have also had to delay or divert flights due to the reported sightings of drones near airports. These near misses would have the potential for catastrophic loss of life if there were a collision.

The privacy of consumers may also be negatively impacted upon by drones. When we see a drone flying over our house, it is not always immediately apparent as to what the purpose of the drone is. We can’t determine whether it is a harmless delivery or whether it is something more malicious in nature (taking surveillance photos, for example). For this reason, consumers are fearful of their privacy and are demanding regulation and limitations on drone usage over residential areas.

The level of concern about the increasing threats posed by drone technology is continuing to rise. The rapid advancement of drone technology and the rapid adoption by the commercial market has meant that governments have been left with the daunting task of trying to regulate this evolving technology. Commercial drones are larger and heavier than drones used in a domestic capacity. The larger and heavier the drone, the more potential there is for damage to occur, especially if they are not operated safely. Therefore, it has become mandatory that if you fly a drone for profit or if your drone is heavier than 2kg, you must obtain a license and receive specialist training.

As with any new, groundbreaking technology, there is the potential for abuse. It is, therefore, important for governments to continue to monitor this disruptive technology and for the laws surrounding them to continue to be updated. A balance between privacy and innovation needs to be reached.